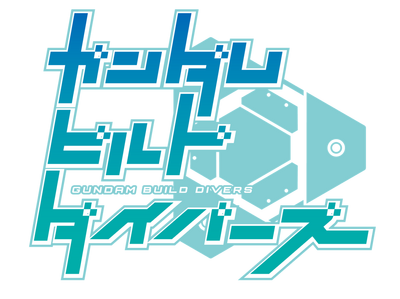 Gundam Build Divers (ガンダムビルドダイバーズ, Gandamu Birudo Daibāzu) is a Japanese science fiction anime television series produced by Sunrise, a spiritual successor to the 2013 anime Gundam Build Fighters, based on the long-running Gundam franchise. It is directed by Shinya Watada (Gundam Build Fighters Try) and written by Noboru Kimura (SoltyRei, Dragonar Academy) with character designs by Juri Toida. It was first teased in December 2017 under the title "Gundam Build Next Battle Project" until its official reveal in The Gundam Base Tokyo on February 2, 2018. It premiered on all TXN network stations in Japan on April 3, 2018. Unlike the previous series, which focuses on the Gundam model (Gunpla) aspect of the franchise, Gundam Build Divers focuses on a virtual reality massively multiplayer online game in terms of themes and battles.

A sequel series, Gundam Build Divers Re:Rise, was announced on November 21, 2018 and was released in October 2019 as part of the 40th-anniversary celebration of the Gundam franchise. Shinya Watada is returning to direct the series at Sunrise Beyond, with Yasuyuki Muto as scriptwriter, Shuri Toida as character designer, and Hideakira Kimura as music composer.

Community content is available under CC-BY-SA unless otherwise noted.
Advertisement